December 17th, of year 2019. I started playing Black Desert Mobile after it was featured in Google Playstore as one of the new mobile RPG iteration from Black Desert Online. At that time I have a pretty slow internet to download the whole game, but it won't stop me from trying this game. Waited several hours after, the download was finished. I checked into the game immediately, and chose Witch as my starting class. Because I was a fan of mages from previous games I played. So Witch was the class close to mages so I chose it. On that particular day, I created my character and my family name -- TransitArea. I customized it the way I like. After creating my character, I eventually started my journey in-game.

I played the game til the end of Christmas and new year. I stopped for sometime. But eventually I'm back into the game on February 25, 2020. With little by little growth. 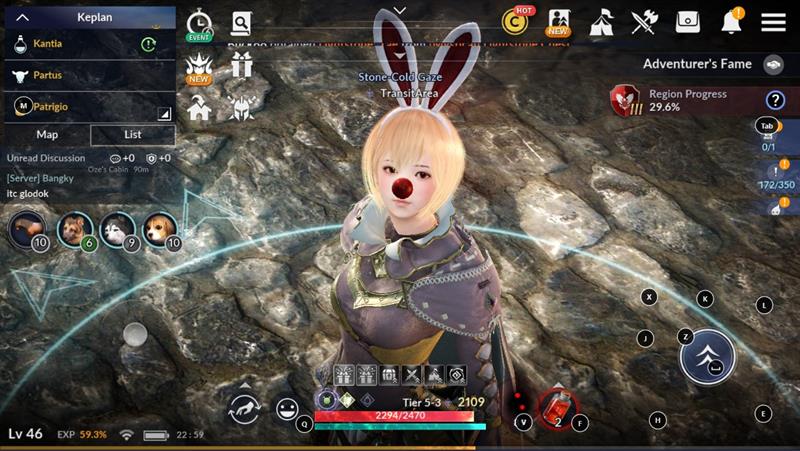 Continuing on the next journey

Fast forward month of March to April. I had my first epic outfit that I fused and got lucky. My character looks much more beautiful and I got more attached into it. Me and my character had a lot of adventures done like chilling in my camp, having fun in terrmian map (the limited time event where I got to experience the beach in BDM) and a lot more. 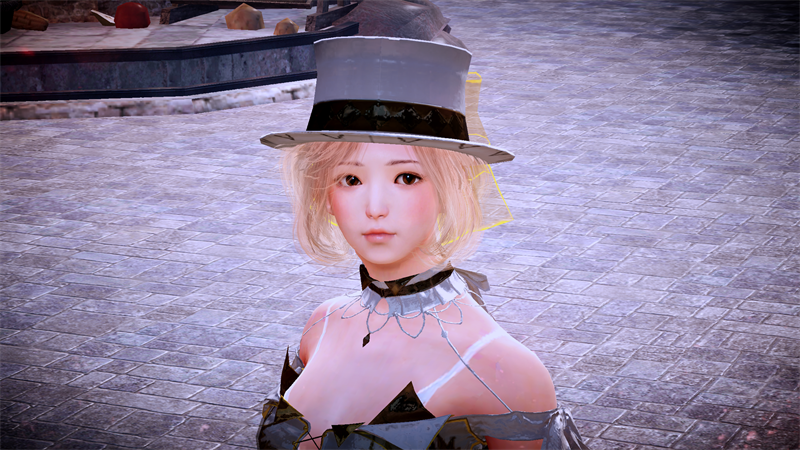 Look on how beautiful she is! I also customized my camp in a way I liked it so much and I also met my friend that I also met in playing PUBG before in this game which amazes me that we are on the same server. His name is Lazzarot. 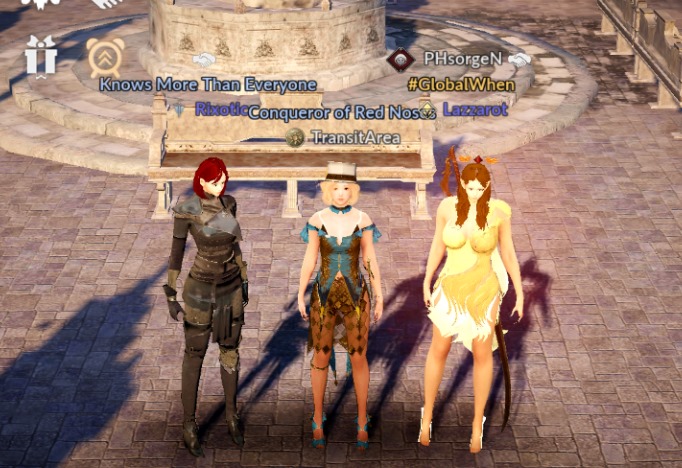 What a coincidence meeting them in same server!

On April also, when the Ascension was released. I ascended into an Archmage 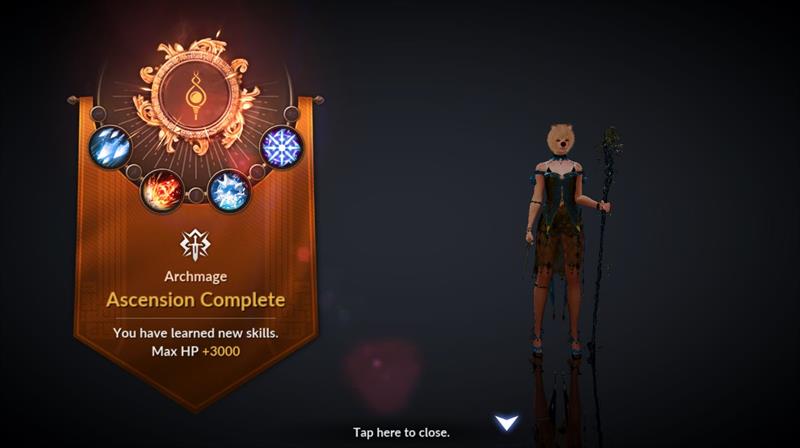 Finally after several days and hours of grinding

After this ascension, I was so happy. My character got stronger with the new skills I got. But it doesn't stop there. Fast forward in month of May, I had a lot of progress. Like finishing the whole Mediah map, that was the only map available on that time.

On the whole month of May, I tried applying on several guilds. But no one is accepting my application on that time. I was really sad that I wasn't able to join a guild until I met the requirements. May 30 on this day, I saw a facebook post of a member in BDM PH group that she is looking for a guild to join. I came across the guild -- Aethernal.

They were so welcoming to me and accepted me without any hesitations at that time. xCaMeroNx was the guild leader on that time. He contacted me after I applied in the guild and accepted me to be their member. I got accepted and got interviewed as well with their rules as well as how they operate as a family. Eventually after got accepted, the day after my friend Lazzarot followed me in the guild to be one of the members as well. Several months of playing, they guided me on the guild on how to grow into the game. I asked anything about the game, they answered in friendly and in a encouraging way.

Also on the same month, I made into the 5k cp mark. I was so happy I made on it at last. With my guild Aethernal, we had a lot of activities. From GBR, Node wars and guild wars. I learned so much about in the aspects of the game. 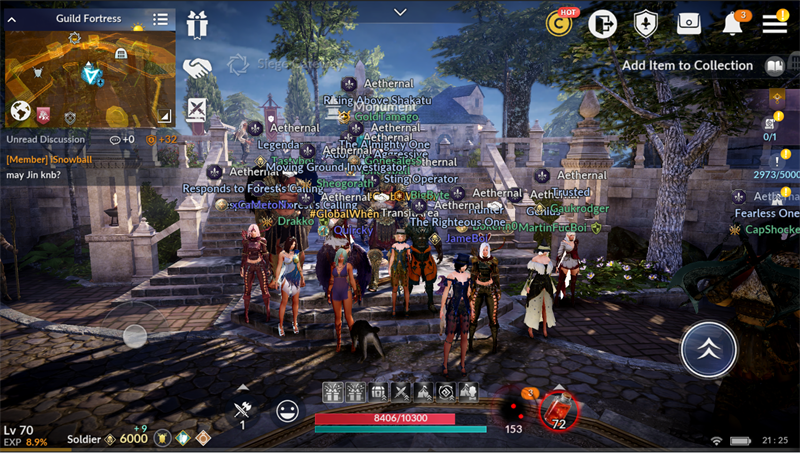 A lot of things happened in the game, I created my other characters to expand my family CP. As well with the guidance from my guild. Here's one of like a clone of my Archmage. Since I'm a fan of witch, I created an Invoker as my alternate character to explore both of them on how to play. As well as other several character classes to expand.

Because of the beauty of the character customization in BDM. I also made my character as a display picture of my mobile device (laughs). We had several node wars. Which is my first on Aethernal as a member and we won! 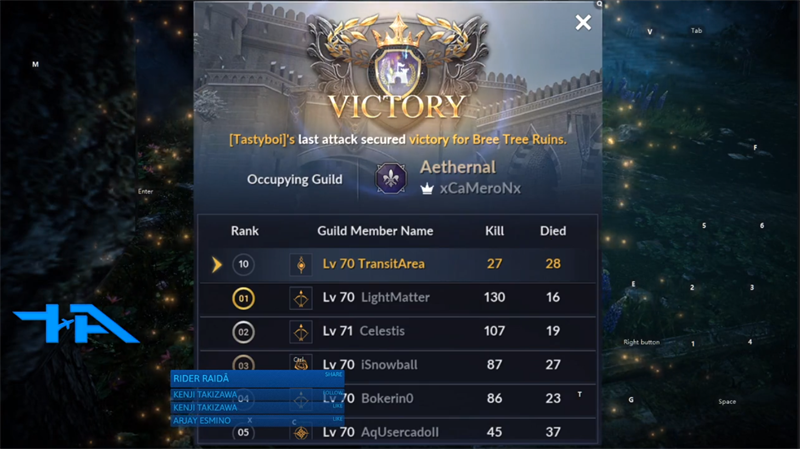 My first node war with Aethernal guild! We won!

I was so happy on these wins because we worked as a team and for me experiencing a proper war on the guild that welcomed me so much in a nice way.

A lot of progress also happened in the next months of my journey, I got a new costume which is Deneve (a costume exclusively for Witch/Archmage/Invoker). Also Epheria Marine, Kibelius and several costumes as well.

Made my way to 7500CP mark on month of August with my new costume -- Epheria Marine and some red items that I got from Shakatu. Also this was the time that the Archmage was getting a buff/rework. At last it made me so happy that my stay as Archmage was worth. After downs and highly regarded as one of the weak classes in game, its time to shine!

Several days after the buff was deployed, I tried ranking up in the ladder -- Ranked Arena. It wasn't easy at first but I tried so hard to get into Master and eventually Challenger.

Finally I made it! The good thing of that moment was I was livestreaming that time and I captured that special moment. It was a Bo5 series wherer I came out victorious in 3-2 fashion. 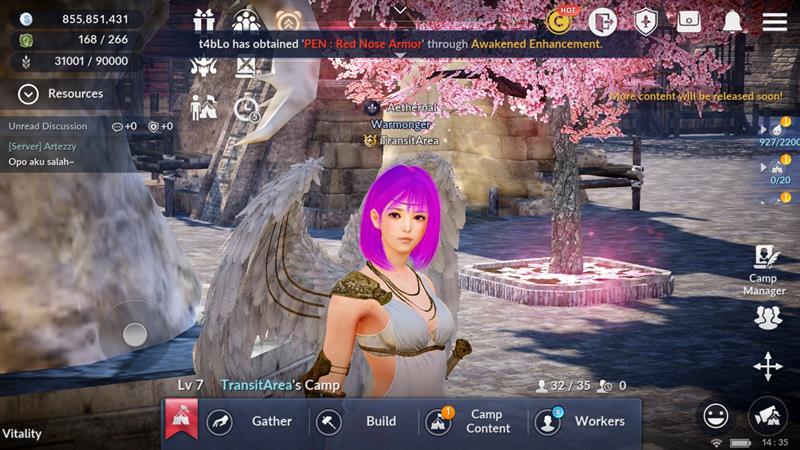 What a beautiful badge indeed

Enjoying my challenger badge. I made it because of my inspiration with my guild mates that gave me encouragement and a will to fight against all the odds.

After several weeks, days, and hours of grinding. I made it as Top 35 rank in all servers in Ramoness Arena accumulating 142685 points! 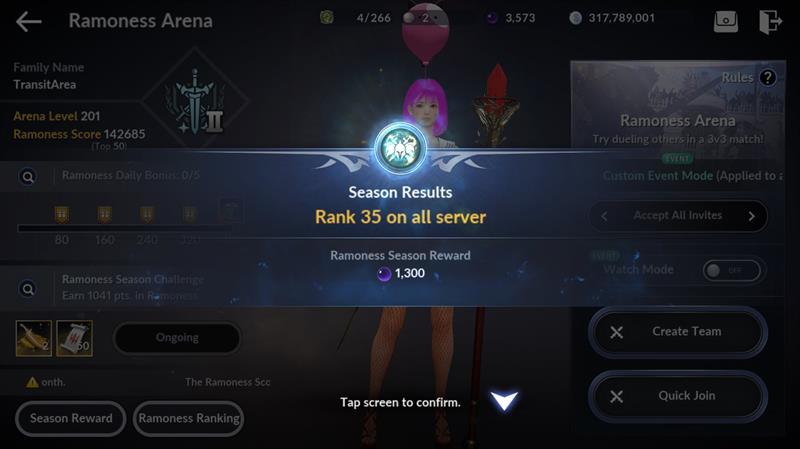 What a feat to do!

Soon after, I met a lot of people in Ramoness Arena and become friends with them. One of them is Spike00. We met in town. I was resting after a hectic of wars in our guild. We played in Ramoness Arena rightafter we met. We had a good results in the arena we won several times. Eventually meeting other players from Hexe, Calpheon and Serendia server. We formed our mini group as Ramoness Enthusiasts. This was also the time that I completed finally my Red Gears!

I became a leader of our guild after our core members voted me out to be the next successor, I was really happy to hear that but I was hesitant at first because I don't have any experience on leading a guild. But I said to myself that I will try my best.

Come October, after dreaming of such numbers. I finally made into the 5 digit mark, 10000CP at last!

The grind never stopped for me and for my guild mates. We had several wars, node wars and also from guild wars. Come this November, we had a node war that we've defended for 3 consecutive weeks. Happy to see the growth that we have. Going against 2 guilds in that war clearly shows what we've grown. Myself alone getting a hefty of 125 kills. We wouldn't win this war without our teamwork and coordination! 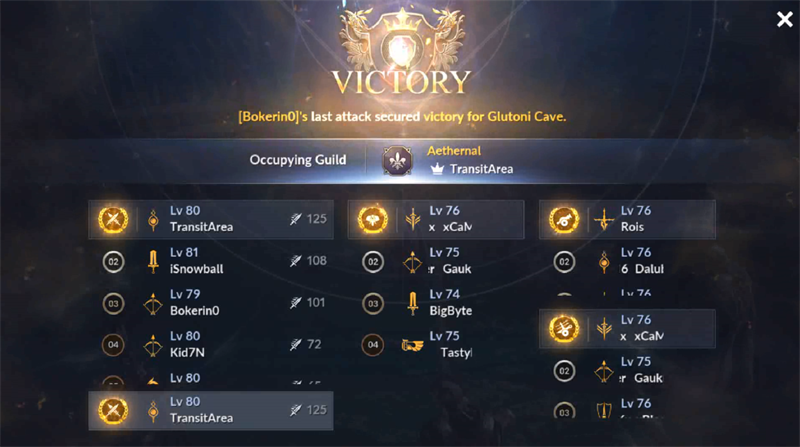 This time around, the BRC was announced. Once again we need to grind again for us to qualify. We never thought that we will be joining this event after so much grind and practice in Ramoness. From November 1-15, we grinded so much everyday and spent a lot of time to accumulate points. Because of the new qualification format of BRC. Good thing also that it was a custom match wherein everything is fixed. 9000cp across all participants in the match.

After grinding so much in the past 2 weeks. We were so excited and nervous at the same time because we might not get qualified or qualified. Come this November 20 at 4PM in the afternoon. We're so happy that we qualified!

We won in the Round 32 proceeding in the Round 16 but we lost in the Round 16 so we were not able to qualify for the quarterfinals. It was a tough loss but I'm so happy on that because I already proven on what I am capable and my team. My guild mates and ACES family was so proud of me doing this because it takes a lot of hardwork to be in BRC. It was a feat! Soonafter BRC, the growth still continues for our guild and myself TransitArea. I'm already that the 12.5k CP mark as of this writing. Special shoutouts and thank you to my guild Aethernal for being here with me through thick and thin.  To Kanzhiro, the Lead of our family. Thank you for your guidance, I wouldn't be here without all of you guys. Lets get stronger more altogether and enjoy the game. 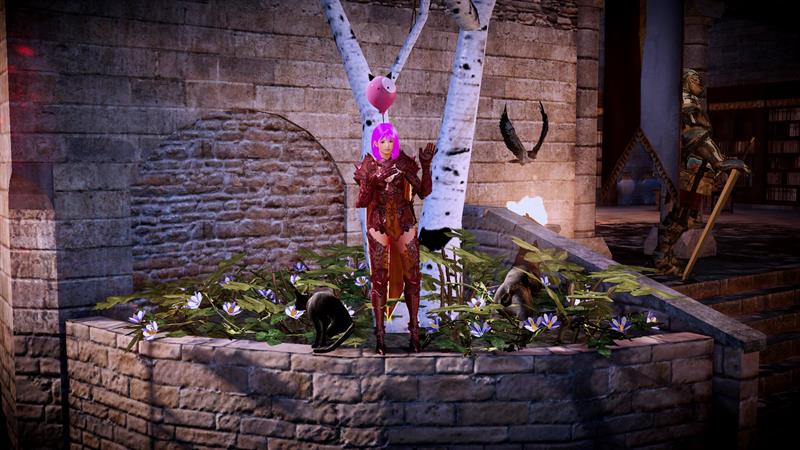 Saying hi to everyone! Be safe and enjoy the game! Thanks for reading!